Thanks to our friend, Renu, we have been gifted with some incredibly huge Armenian Cucumbers!  So what to do with these beauties?  Since we had 6 of these monsters, I decided to do something a little out of the box... 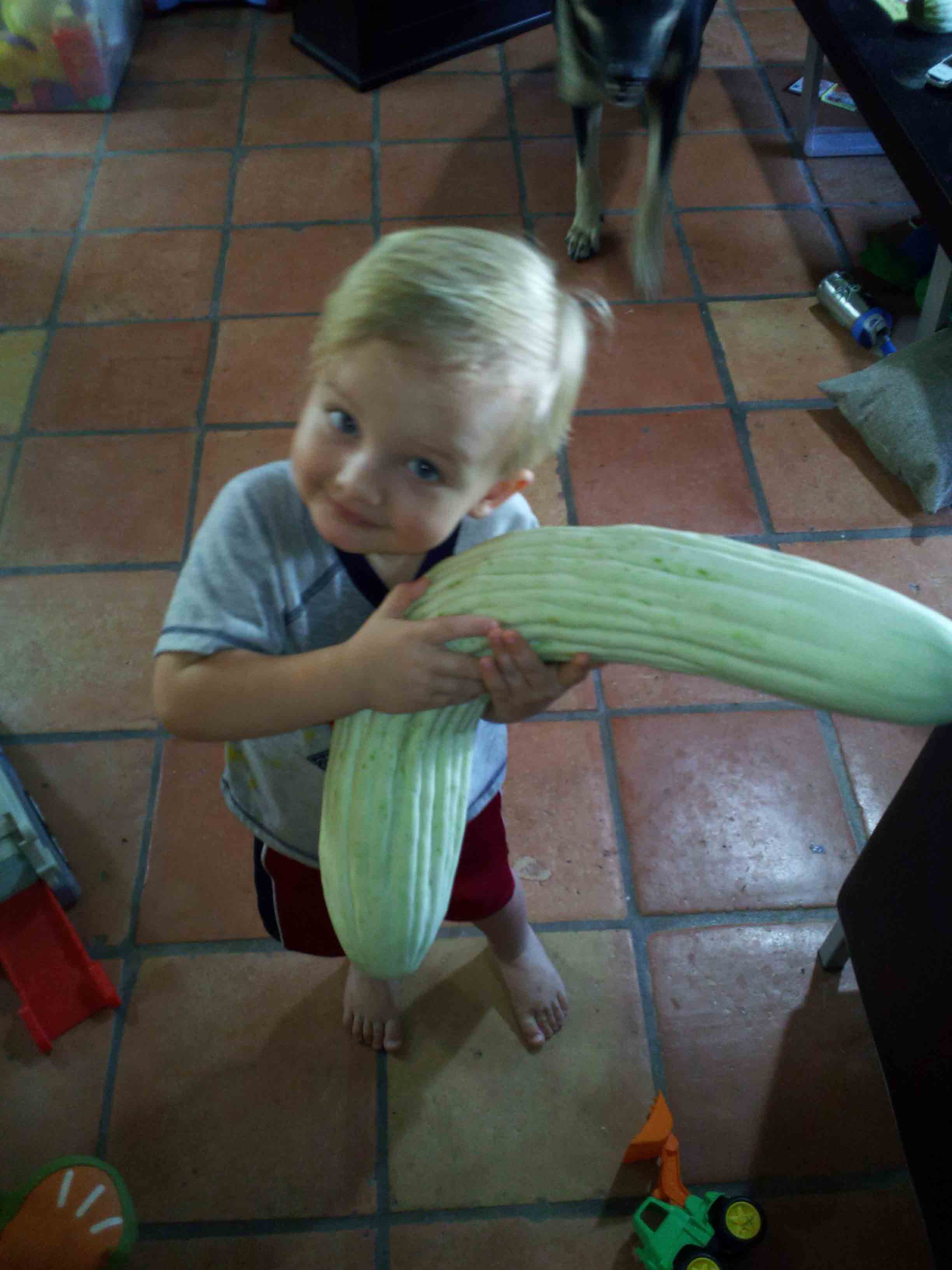 You may have heard of the "Mock Apple Pie" recipes, there is one using Ritz Crackers and another that uses Zucchini and I thought if Zucchini works, then why not these overgrown melons?  The key ingredient to making this taste like apples is the Cream of Tarter.  Most recipes called for about 1 and 1/2 teaspoons of it and since I was making sooo much of it, I just upped it to approximately a tablespoon full (really just dumped in what I had left of it).   I have to admit, like most of the time I cook, I just winged this and didn't measure anything so I'll relate my best approximations of what was used.

I put all this in a very large saucier type pan brought to a boil then lowered the heat and simmered until the Cuke bits were translucent and I had a chance to adjust the flavors.  I added some corn starch to thicken it up (you could use flour or agar or something else I suppose if you prefer) and dumped it all into a baking dish.

The crisp topping was a medley of nuts ground in my blender, whole wheat flour, raw turbinado sugar and some butter.  If I were to guess on quantities:

The dish was baked uncovered for about 45 minutes in my convection oven at 350°F.

This was amazing.  It tasted like a rhubarb apple crisp that I grew up with in MN.  YUMMM!!

Sorry it didn't last long enough for me to get a picture of the whole thing, we ate some first... 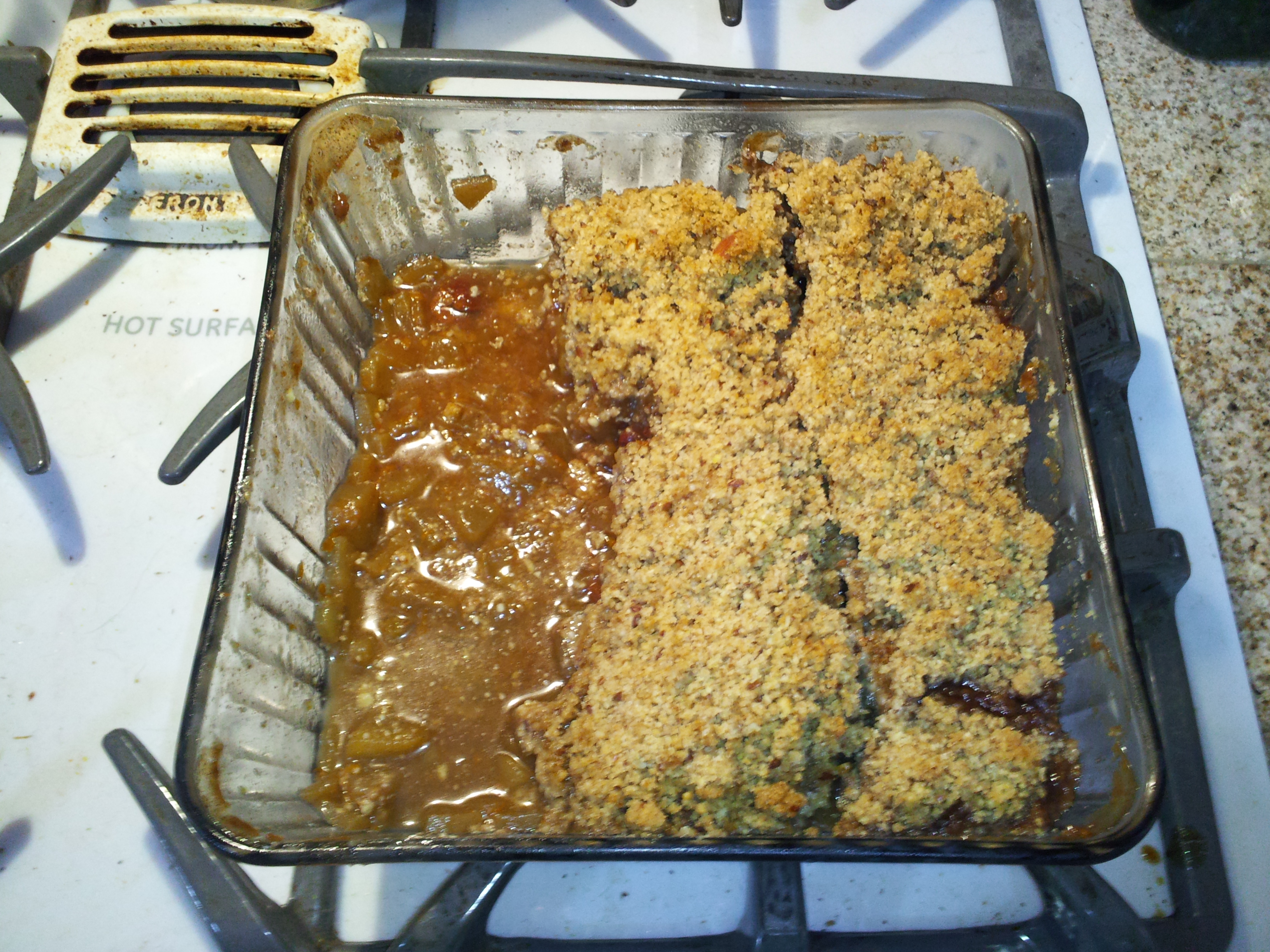 You need to be a member of AZ Herb Forum to add comments!

of 2 Next
This reply was deleted.